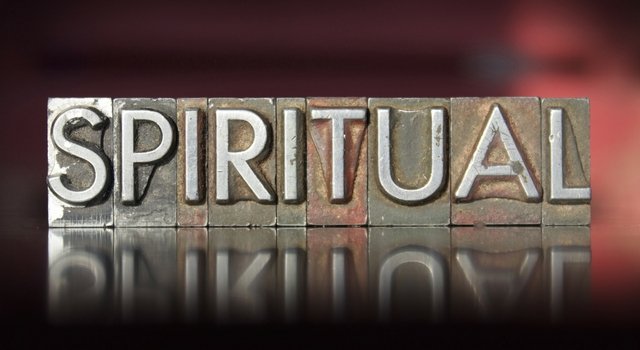 The Missing Piece: The Spiritual Malady

The Missing Piece: The Spiritual Malady

We often hear about in recovery about allergy of the body and the obsession of the mind”, however, the disease of addiction as we believe is a three-fold illness of mind, body and spirit.  Mile L writes and we share a great article on “Spiritual Malady” and “when the spiritual malady is overcome, we straighten out mentally and physically.” Enjoy  ~ GoForth Recovery

We share the following article from Mike L of the “Carry the Message Group”, West Orange, NJ.

From “The Doctor’s Opinion” to the end of “More About Alcoholism” the Big Book discusses the first part of Step 1, which states, “We admitted we were powerless over alcohol”. We’ve discussed, studied, and internalized material from the “Doctor’s Opinion” to page 23 to see how we’re powerless over alcohol bodily. We’ve used pages 23 – 43 to help us experience how we’ve been powerless mentally. Now I’d like to talk about a part of our “disease” which is seldom discussed in meetings nowadays: the “spiritual malady.”

We often hear people say something like, “I have a three-fold disease: body, mind, and spirit.”

When you ask them to describe what they mean by that statement, they seem to have a firm grasp on the fact that we alcoholics suffer from “an allergy of the body and an obsession of the mind” — that once I put any alcohol in my system whatsoever it sets off a craving for more alcohol. And when I’m stone cold sober, at my very best, the thought will occur to me to take a drink — or sometimes I think very little about it or not at all, and I come to out of a blackout after having experienced what page 42 refers to as a “strange mental blank spot.” And of course this vicious cycle of my mind continuously taking me back to a drink and my body dooming me to not drink like “normal” people puts me in a senseless series of sprees and it makes it virtually impossible to stop.

It is agreed that the “mental obsession” is the part of our “disease” which leads to the first drink; and it’s the first drink that triggers the “phenomenon of craving.” But, what about the part of my “disease” that triggers the mental obsession in the first place? Why is it that people who have remained abstinent from drinking in Alcoholics Anonymous for 1 year… 2 years… 5 years… 10 years… and in some cases even 20 years or more, go back to drinking?

We know the physical craving does not cause these people to drink because it’s been medically proven that after a few days of not drinking the alcohol is processed out of the body. And, if you’ve been in the AA Fellowship for a while, for most people, the mental obsession dissipates. So why is it that after a long period of sobriety many people in our fellowship return to drinking — EVEN WHEN THEY DON’T WANT TO? What is the third fold of our illness that triggers the mental obsession — WHEN NOT DRINKING — HAVING BEEN SEPARATED FROM ALCOHOL FOR A LONG PERIOD OF TIME?

Through closely examining our Big Book, along with much experience and practice with our Twelve Steps, as well as vigorous work with other alcoholics, the “missing piece” of Step 1 appears to be what is referred to on page 64 as the “spiritual malady.”

Now, let me attempt to discuss the second half of Step 1: ” — that our lives had become unmanageable.”

For a long time I thought my life was unmanageable because of all the crazy insane things I did while drinking — like the car accidents, hurting people when I didn’t mean to, failed relationships, loss of jobs, family dysfunction, jails, asylums, etc.

Finally, someone explained to me that those things are not the insanity that the Big Book talks about; nor are those things why the alcoholic’s life becomes unmanageable.

Our book promises us that “When the spiritual malady is overcome, we straighten out mentally and physically.” The mental and physical factors of alcoholism are put into remission AFTER the “spiritual malady” is overcome — which means I’m still in danger of drinking until I have a spiritual awakening — whether I think so or not.

Two key points I’d like to focus on from this point forward:

Imagine three layers. The first layer is our bodily reaction to alcohol when we ingest it — the physical craving. Under that is the second layer: the insanity of the mind just before the first drink — the mental obsession. Under that is the third layer: the inward condition that triggers the second layer, which in turn triggers the first — the “spiritual malady.” Symptoms of this “third layer” as described in the Big Book include:

What is it really? What is the driving force of the symptoms described above?

On page 62 the text explains that “Selfishness-self-centeredness! That, we think, is the root of our troubles.” This “SELFISHNESS-self-centeredness” (or the “ego”, as some people refer to it) drives us to respond to life situations with the above “symptoms” as well as disorders and addictions other than alcoholism.

If this selfishness-self-centeredness continues to manifest in an alcoholic’s life — EVEN IN SOMEONE WHO IS NOT DRINKING AND CONTINUES TO ATTEND MEETINGS — and the ego is not smashed and re-smashed by continuous application of all twelve steps, the sober (or “just not drinking”) alcoholic is sure to drink again eventually… or even worse, continue to live miserably being “undrunk” (better known as a “dry drunk”). This is why we see people with 10 years in AA wind up in mental institutions — AND THEY HAVEN’T HAD A DROP TO DRINK!

You see, if I continue to act out with selfish — self-centered – ego-driven behaviors I will continue to experience the symptoms of the “spiritual malady.” If I continue to experience this inward unmanageability, eventually my mind will seek out the “sense of ease and comfort” it thinks it can receive from taking a drink. Or, my ego can deceive me into thinking I’m doing perfectly fine. (i.e.: Fred’s story in Chapter 3… Fred drank when there wasn’t “a cloud on the horizon”.)

Typically, we’ll tell ourselves and others, “Well, at least I’m not drinking.” All of a sudden, I can experience a “strange mental blank-spot” — otherwise known as a “sober blackout” — and before it even hits me I’m pounding on the bar asking myself “How’d this happened?”

So, ask yourself if you’re suffering from the “spiritual malady” — particularly if you haven’t had a drink for a while. What condition is your “inner life” in, currently? Are you experiencing any of the symptoms listed previously?

Page 62 says, “Above everything, we alcoholics must be rid of this selfishness (“the ego”). We must, or it kills us! God makes that possible. And there often seems no way of entirely getting rid of self (ego) without [God’s] aid.”

Page 25 tells us, “There is a solution. Almost none of us liked the self-searching, the leveling of our pride, the confession of shortcomings, which the process requires for its successful consummation. But we saw that it really worked in others, and we had come to believe in the hopelessness and futility of life as we had been living it. When, therefore, we were approached by those in whom the problem had been solved, there was nothing left for us but to pick up the simple kit of spiritual tools laid at out feet. We have found much of heaven and we have been rocketed into a fourth dimension of existence of which we had not even dreamed.”

This “fourth dimension”, which we find out in the 10th Step is the “world of the Spirit”, takes us beyond the physical, mental, and emotional dimensions of life — and eliminates the selfishness (ego) of the “spiritual malady.” The term “spiritual malady” does not mean that our “spirit” is sick. It simply means we are spiritually blocked off from the Power of God, which enables us to remain sober, happy, joyous, and free.

On pages 14 and 15 Bill W. writes, “For if an alcoholic failed to perfect and enlarge his spiritual life through work and self-sacrifice for others, he could not survive the certain trials and low spots ahead. If he did not work, he would surely drink again, and if he drank, he would surely die. Then faith would be dead indeed. With us it is just like that.”

Thankfully, the “spiritual malady” is no longer a “missing piece” of Step One for me. It is a reality of my powerlessness and unmanageability and enables me to see why I so desperately need to seek a Power Greater than myself. And unless this malady is recognized, and a course of action (the Twelve Steps) is taken to enable God to remove it, the root of our alcoholic illness can lie dormant and burn us when we least expect it.