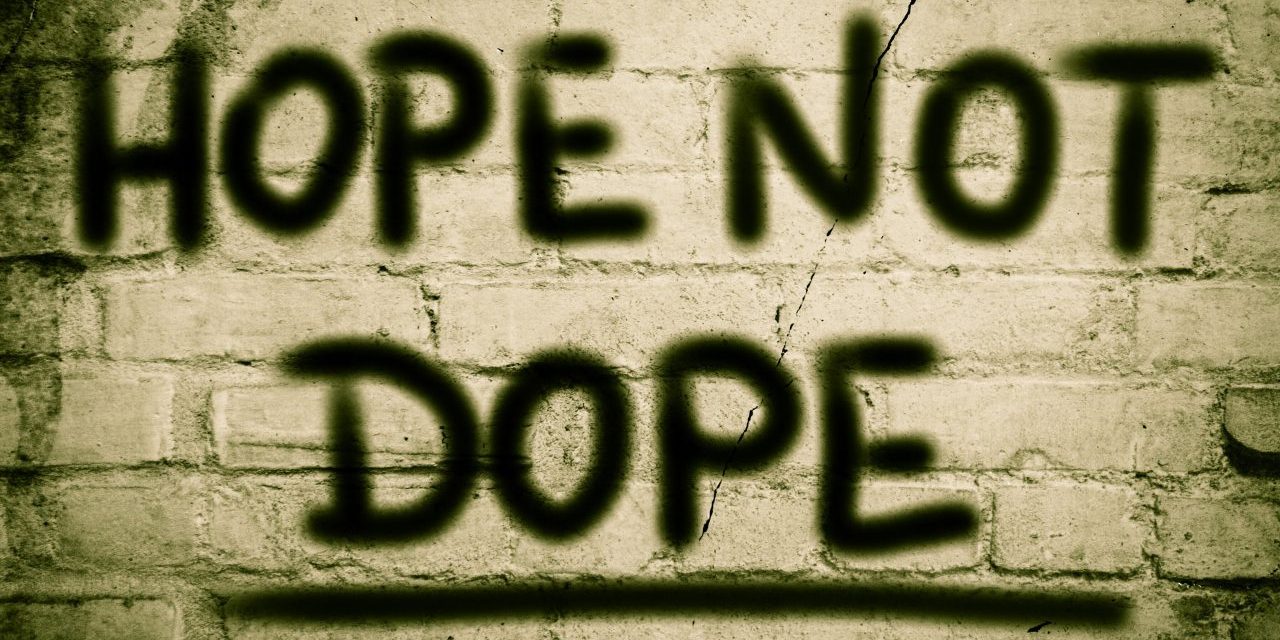 We share an article “Drug Addiction” (aka. substance use disorder) written & published by the Mayo Clinic.  The article discusses the symptoms, causes, diagnosis & treatment of drug addiction. We recognize the change in terminology or rebranding from addiction or disease to disorder – we care not to participate in the debate. We who are a small part of the solution & work tirelessly in the trenches alongside individuals in addictive addiction, with their families & loved ones or those who have tragically lost their lives encourage the addict or the family to seek help…solutions exist.”
~ Larry Goforth, Co-Founder, GoForth Recovery

Drug addiction, also called substance use disorder, is a disease that affects a person’s brain and behavior and leads to an inability to control the use of a legal or illegal drug or medication. Substances such as alcohol, marijuana and nicotine also are considered drugs. When you’re addicted, you may continue using the drug despite the harm it causes.

Drug addiction can start with experimental use of a recreational drug in social situations, and, for some people, the drug use becomes more frequent. For others, particularly with opioids, drug addiction begins with exposure to prescribed medications, or receiving medications from a friend or relative who has been prescribed the medication.

The risk of addiction and how fast you become addicted varies by drug. Some drugs, such as opioid painkillers, have a higher risk and cause addiction more quickly than others.

As time passes, you may need larger doses of the drug to get high. Soon you may need the drug just to feel good. As your drug use increases, you may find that it’s increasingly difficult to go without the drug. Attempts to stop drug use may cause intense cravings and make you feel physically ill (withdrawal symptoms).

You may need help from your doctor, family, friends, support groups or an organized treatment program to overcome your drug addiction and stay drug-free.

Drug addiction symptoms or behaviors include, among others:

Sometimes it’s difficult to distinguish normal teenage moodiness or angst from signs of drug use. Possible indications that your teenager or other family member is using drugs include:

Recognizing signs of drug use or intoxication

Signs and symptoms of drug use or intoxication may vary, depending on the type of drug. Below you’ll find several examples.

Marijuana, hashish and other cannabis-containing substances

People use cannabis by smoking, eating or inhaling a vaporized form of the drug. Cannabis often precedes or is used along with other substances, such as alcohol or illegal drugs, and is often the first drug tried.

Long-term (chronic) use is often associated with:

Two groups of synthetic drugs — synthetic cannabinoids and substituted or synthetic cathinones — are illegal in most states. The effects of these drugs can be dangerous and unpredictable, as there is no quality control and some ingredients may not be known.

Synthetic cannabinoids, also called K2 or Spice, are sprayed on dried herbs and then smoked, but can be prepared as an herbal tea. Despite manufacturer claims, these are chemical compounds rather than “natural” or harmless products. These drugs can produce a “high” similar to marijuana and have become a popular but dangerous alternative.

Substituted cathinones, also called “bath salts,” are mind-altering (psychoactive) substances similar to amphetamines such as ecstasy (MDMA) and cocaine. Packages are often labeled as other products to avoid detection.

Despite the name, these are not bath products such as Epsom salts. Substituted cathinones can be eaten, snorted, inhaled or injected and are highly addictive. These drugs can cause severe intoxication, which results in dangerous health effects or even death.

Barbiturates, benzodiazepines and hypnotics are prescription central nervous system depressants. They’re often used and misused in search for a sense of relaxation or a desire to “switch off” or forget stress-related thoughts or feelings.

Meth, cocaine and other stimulants

Stimulants include amphetamines, meth (methamphetamine), cocaine, methylphenidate (Ritalin, Concerta, others) and amphetamine-dextroamphetamine (Adderall, Adderall XR, others). They are often used and misused in search of a “high,” or to boost energy, to improve performance at work or school, or to lose weight or control appetite.

Club drugs are commonly used at clubs, concerts and parties. Examples include ecstasy or molly (MDMA), gamma-hydroxybutyric acid (GHB), flunitrazepam (Rohypnol ― a brand used outside the U.S. ― also called roofie) and ketamine. These drugs are not all in the same category, but they share some similar effects and dangers, including long-term harmful effects.

Because GHB and flunitrazepam can cause sedation, muscle relaxation, confusion and memory loss, the potential for sexual misconduct or sexual assault is associated with the use of these drugs.

Signs and symptoms of use of club drugs can include:

Use of hallucinogens can produce different signs and symptoms, depending on the drug. The most common hallucinogens are lysergic acid diethylamide (LSD) and phencyclidine (PCP).

LSD use may cause:

PCP use may cause:

Signs and symptoms of inhalant use vary, depending on the substance. Some commonly inhaled substances include glue, paint thinners, correction fluid, felt tip marker fluid, gasoline, cleaning fluids and household aerosol products. Due to the toxic nature of these substances, users may develop brain damage or sudden death.

Signs and symptoms of use can include:

Opioids are narcotic, painkilling drugs produced from opium or made synthetically. This class of drugs includes, among others, heroin, morphine, codeine, methadone and oxycodone.

Sometimes called the “opioid epidemic,” addiction to opioid prescription pain medications has reached an alarming rate across the United States. Some people who’ve been using opioids over a long period of time may need physician-prescribed temporary or long-term drug substitution during treatment.

Signs and symptoms of narcotic use and dependence can include:

When to see a doctor

If your drug use is out of control or causing problems, get help. The sooner you seek help, the greater your chances for a long-term recovery. Talk with your primary doctor or see a mental health professional, such as a doctor who specializes in addiction medicine or addiction psychiatry, or a licensed alcohol and drug counselor.

Make an appointment to see a doctor if:

If you’re not ready to approach a doctor, help lines or hotlines may be a good place to learn about treatment. You can find these lines listed on the internet or in the phone book.

When to seek emergency help

Seek emergency help if you or someone you know has taken a drug and:

People struggling with addiction usually deny that their drug use is problematic and are reluctant to seek treatment. An intervention presents a loved one with a structured opportunity to make changes before things get even worse and can motivate someone to seek or accept help.

During the intervention, these people gather together to have a direct, heart-to-heart conversation with the person about the consequences of addiction and ask him or her to accept treatment.

Like many mental health disorders, several factors may contribute to development of drug addiction. The main factors are:

Changes in the brain

Physical addiction appears to occur when repeated use of a drug changes the way your brain feels pleasure. The addicting drug causes physical changes to some nerve cells (neurons) in your brain. Neurons use chemicals called neurotransmitters to communicate. These changes can remain long after you stop using the drug.

People of any age, sex or economic status can become addicted to a drug. Certain factors can affect the likelihood and speed of developing an addiction:

Drug use can have significant and damaging short-term and long-term effects. Taking some drugs can be particularly risky, especially if you take high doses or combine them with other drugs or alcohol. Here are some examples.

Dependence on drugs can create a number of dangerous and damaging complications, including:

The best way to prevent an addiction to a drug is not to take the drug at all. If your doctor prescribes a drug with the potential for addiction, use care when taking the drug and follow the instructions provided by your doctor.

Doctors should prescribe these medications at safe doses and amounts and monitor their use so that you’re not given too great a dose or for too long a time. If you feel you need to take more than the prescribed dose of a medication, talk to your doctor.

Take these steps to help prevent drug misuse in your children and teenagers:

Once you’ve been addicted to a drug, you’re at high risk of falling back into a pattern of addiction. If you do start using the drug, it’s likely you’ll lose control over its use again — even if you’ve had treatment and you haven’t used the drug for some time.

Diagnosing drug addiction (substance use disorder) requires a thorough evaluation and often includes an assessment by a psychiatrist, a psychologist, or a licensed alcohol and drug counselor. Blood, urine or other lab tests are used to assess drug use, but they’re not a diagnostic test for addiction. However, these tests may be used for monitoring treatment and recovery.

For diagnosis of a substance use disorder, most mental health professionals use criteria in the Diagnostic and Statistical Manual of Mental Disorders (DSM-5), published by the American Psychiatric Association

Although there’s no cure for drug addiction, treatment options explained below can help you overcome an addiction and stay drug-free. Your treatment depends on the drug used and any related medical or mental health disorders you may have. Long-term follow-up is important to prevent relapse.

The goal of detoxification, also called “detox” or withdrawal therapy, is to enable you to stop taking the addicting drug as quickly and safely as possible. For some people, it may be safe to undergo withdrawal therapy on an outpatient basis. Others may need admission to a hospital or a residential treatment center.

Withdrawal from different categories of drugs — such as depressants, stimulants or opioids — produces different side effects and requires different approaches. Detox may involve gradually reducing the dose of the drug or temporarily substituting other substances, such as methadone, buprenorphine, or a combination of buprenorphine and naloxone.

In an opioid overdose, naloxone, an opioid antagonist, can be given by emergency responders, or in some states, by anyone who witnesses an overdose. Naloxone temporarily reverses the effects of opioid drugs.

While naloxone has been on the market for years, delivery systems such as Narcan (a naloxone nasal spray) and Evzio (a naloxone injection device) are now available, though they can be very expensive.

Evzio is a small injection device that provides voice instructions to guide the user and automatically insert the needle into the thigh to deliver the naloxone injection. Whatever the method of delivery, seek immediate medical care after using naloxone.

As part of a drug treatment program, behavior therapy — a form of psychotherapy — can be done by a psychologist or psychiatrist, or you may receive counseling from a licensed alcohol and drug counselor. Therapy and counseling may be done with an individual, a family or a group. The therapist or counselor can:

Your therapist or licensed counselor can help you locate a self-help support group. You may also find support groups in your community or on the internet.